A viral Reddit post has prompted thousands of online commenters to share the awful things their bosses have said to them at one point in their careers.

Posting in Reddit’s popular “Antiwork” forum on Wednesday, Redditor u/Disastrous-Use-2373 asked: “What’s the worst thing your boss has said to you?” The post has garnered over 7,100 upvotes and nearly 3,000 comments from Redditors, many of whom said they quit their jobs over their managers’ hurtful remarks.

Some research suggests that the old saying is true—people leave bosses, not jobs. Roughly half of U.S. adults surveyed in a 2015 Gallup poll said they previously left a job because of management. Further, a 2018 study conducted by Udemy yielded similar results, leading Inc., an American business magazine, to conclude that “among the many relationships employees will develop at a company, those formed with one’s manager have a significant impact on overall workplace experience, even more so than one’s relationships with other peers.”

Lynn Taylor, a national workplace expert, author, and leadership coach added while speaking with Insider: “A bad boss won’t just jeopardize your career growth—they’ll also negatively impact your personal life. A good manager will bring out the best in you and have a more uplifting effect on all aspects of your life.” 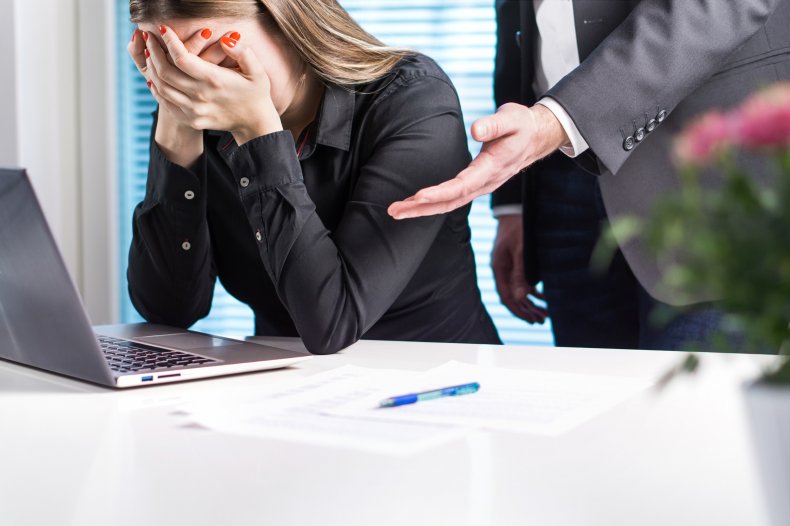 A viral Reddit post has prompted thousands of commenters to share the awful things their bosses, past and present, have said to them. Pictured, a representation of a woman getting berated by a boss at her job.
Tero Vesalainen/istock

Unfortunately, the original post proved that bad bosses are all too common. From making snide remarks about their employees’ pay to asking their workers about their personal medical history, here are some of the worst things managers have purportedly said to their workers:

“You aren’t worth the paycheck we give you.”

Redditor u/tomcatx2 said they approached a boss of theirs in the 1990s to ask about a raise. At the time, they were making minimum wage but working 70 hours a week across a variety of teams, including product development and quality control. Despite all their hard work, however, they were still “paying for groceries with a credit card.”

When their boss denied them the raise, they began looking for other work, and eventually found a higher-paying job.

“Let’s hope the funeral is [over] the weekend.”

When they approached their boss to share the news, their boss’ first response was to make a snide remark about the funeral. The Redditor ultimately quit two months later.