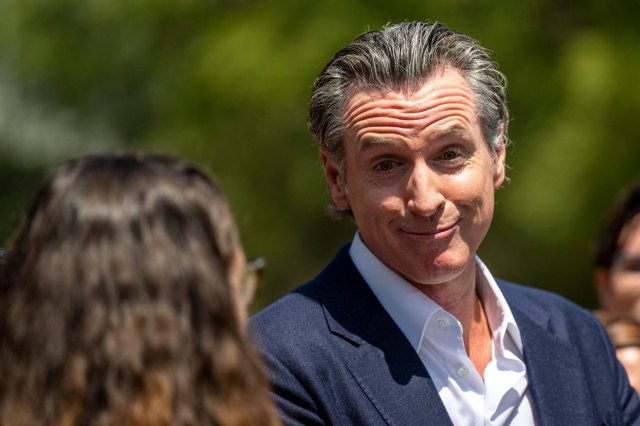 The good news is that the Golden Globes are no longer the least credible awards in California.

That honor now belongs to the Education Commission of the States, which awarded its 2022 Frank Newman Award for State Innovation to California for its record-breaking spending on education.

The Commission said California earned the honor with its “historic financial investments,” which include approving “an ongoing increase to the school funding formula.” The state was also recognized for making “a large investment” in before- and after-school programming, adding “wraparound supports” to thousands of schools, and providing all public school students with “two free meals per day, regardless of family income status.”

These are all important social welfare programs that are badly needed in a state that has the highest poverty rate in the nation when the cost of living is taken into account, but these are not innovations in education.

Nonetheless, Gov. Gavin Newsom gleefully flew to Washington, D.C., to accept the award in the media spotlight. His office released a statement taking credit for proposing “the highest level of funding in state history—over $128 billion for California’s schools, amounting to $22,850 per pupil,” up from $16,350 per pupil when he took office.

That’s some award-winning spending, all right. But how are the schools performing on education?

They’re not winning any awards. In 2019, results from the state’s Smarter Balanced assessment tests showed that only 52.2% of students “passed” the test by meeting or exceeding the standards in English language arts. In 2021, that dropped to 48.9%. In math, the performance was even worse. Only 38.2% of students met the standards in math in 2019, falling to 33.6% in 2021.

The results for low-income students were dismaying: down 10% in English and 21% in math. English learners suffered particularly sharp declines in test scores.

Hawkeyes, Cyclones expect revenue to be most lucrative ever | Education News