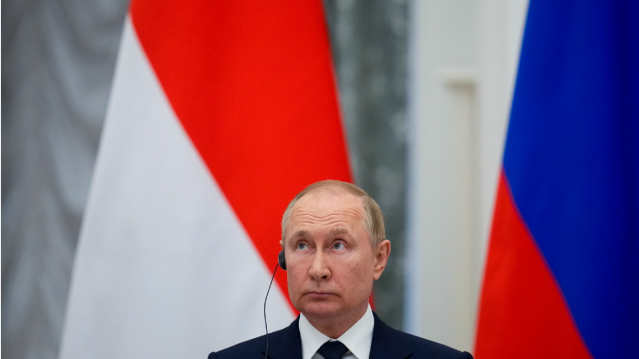 Russia is reportedly offering teachers money, transportation and other resources to incentivize them to teach a “corrected” curriculum to Ukrainians in Russian-occupied territory.

The Washington Post reported Monday that close to 250 teachers have signed up to travel to the occupied areas, including the Luhansk and Donetsk territories.

Russia appears set on pushing its own version of history, quelling use of the Ukrainian language and using revised Russian textbooks that quash the idea of Ukraine as a sovereign state, the Post reported.

Russia’s education minister Sergei Kravtsov said late last month that Ukrainian education “must be corrected,” according to the newspaper.

This is the latest move in Russia’s concerted effort to strengthen its hold on Ukraine and delegitimize the invaded country.