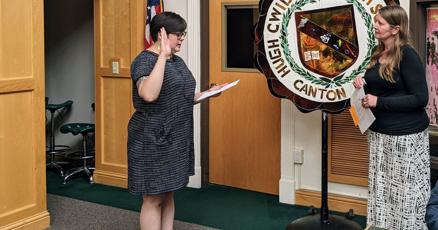 CANTON — The oath of office was administered to three school board members during the July 7 meeting of the Canton Central School District Board of Education.

Arthur Quackenbush was added to the board earlier when he was elected as a write-in candidate. He is serving a one-year term to replace Kate Halleron Murphy.

As an Amazon Associate I earn from qualifying purchases.