Parents, educators, politicians and more were confused by the news that California was receiving an award from the Education Commission of the States after reports it came in last in terms of in-person learning in the 2020-21 school year.

“Education Commission of the States is pleased to honor the state of California with the 2022 Frank Newman Award for State Innovation, in recognition of its coordinated approach to educating all students from preschool to postsecondary, with explicit attention toward whole-child supports and services, as well as its historic financial investments to ensure educational equity,” the group’s press release read.

NEWSOM SAYS STATEWIDE VACCINE MANDATE IS ‘ON THE TABLE’ 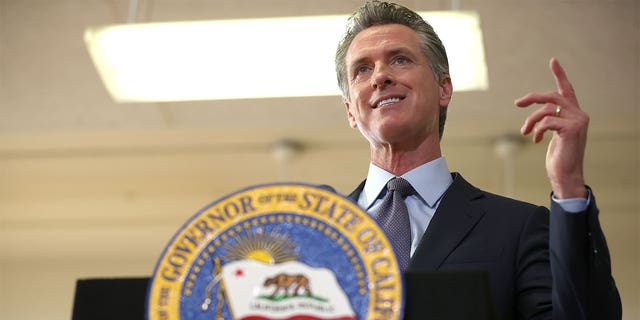 “We’re officially in Bizarro World,” Corey DeAngelis, National Director of Research at the American Federation for Children, told Fox News Digital. “California was the worst state in the nation when it came to reopening schools. Politicians backed by power-hungry teachers unions put the desires of adults over the needs of children. These union-induced school closures hurt children academically, mentally, and physically. Leaders of states that committed human rights violations against society’s most vulnerable should be shamed, not celebrated.”

DeAngelis suggested a few other titles would have been more fitting.

“They should have instead given Governor Newsom the Education Hypocrite of the Year Award,” he said. “He complained about the crappy Zoom instruction that was prevalent in the government schools while sending his own kids to private school. I’m glad his family had that opportunity. But he should have fought for public school children to have in-person learning, and he shouldn’t fight against school choice for less advantaged families.

“This ‘accomplishment’ would be well-deserved if it were renamed to the Award for Prioritizing Teachers Unions Over Kids. California politicians allowed schools to remain closed more than any other state so the teachers unions could extort ransom payments from taxpayers. The kids were held hostage to the system. And they still are.” 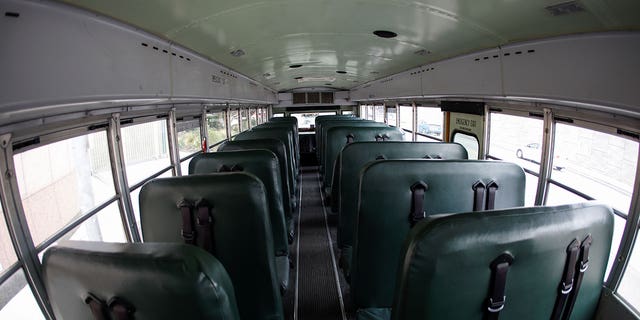 An empty school bus is pictured during a caravan through downtown Los Angeles to demand that Congress and California legislators provide sufficient funding to ensure all students have the support they need for distance learning and the eventual safe return to in-person classes during the outbreak of the coronavirus disease (COVID-19) in Los Angeles, California, U.S., August 13, 2020. REUTERS/Mike Blake
(REUTERS/Mike Blake)

Newsom enacted stricter coronavirus-related school measures for schools than many of his counterparts, including issuing an executive order requiring teachers to get vaccinated or take regular coronavirus tests, along with a statewide mask order for students and teachers.

In March 2021, a judge issued a temporary restraining order that forced Newsom to drop many of his reopening rules.

“@GavinNewsom closed public schools letting those kids suffer throughout the past two years, while his kids went to a private school and thrived. Now he gets an award? No. Just no,” Ruth Peterson, Legislative Assistant for State Sen. John Braun, R-Wash., tweeted.

“Every day is Opposites Day if you’re a D who might deliver the party from a Biden ’24 run,” CNN contributor Mary Katharine Ham wrote. “The most disruption ever to American schooling, unnecessarily, in service to a powerful interest group over kids, the marginalized of whom suffered most. Come on down for your award!”