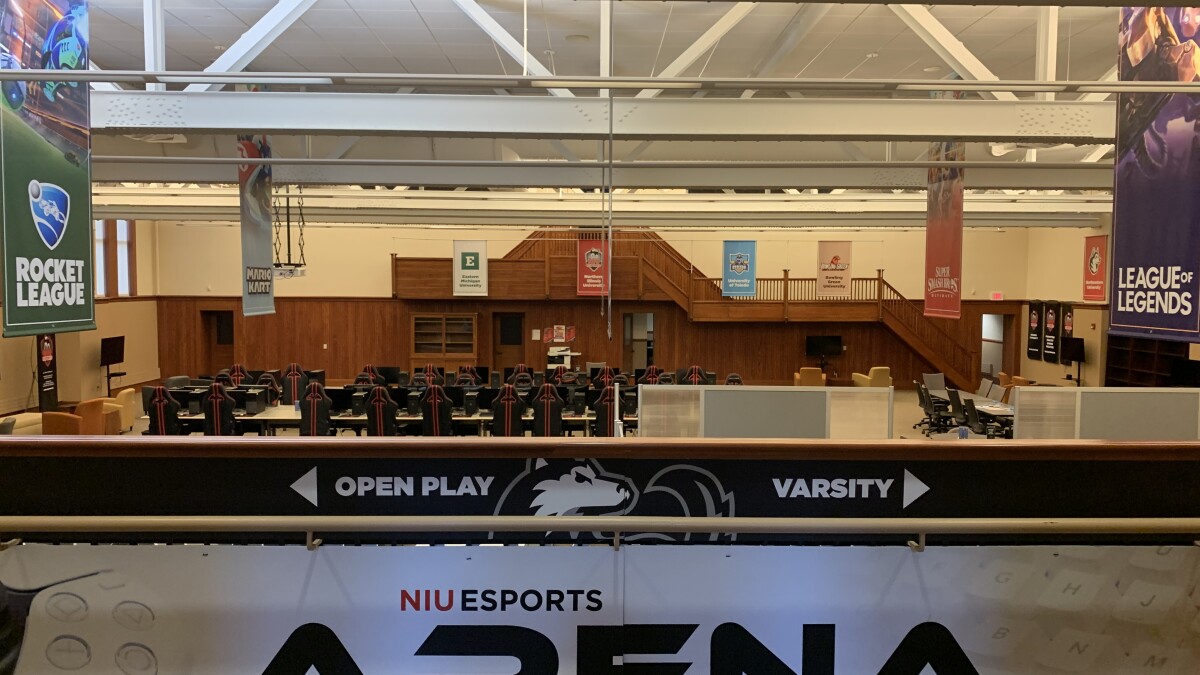 In the middle of February this year, a few weeks into the spring semester, Northern Illinois University’s varsity Overwatch team overmatches Northern Kentucky University — a shining effort that marks the team’s first victory of the season. It’s their first season playing at the new NIU esports arena, where varsity players compete in the heart of the campus’s historic Altgeld Hall.

Banners of the games they play fly from the rafters. The walls are adorned with posters of the 14 colleges they compete against in the Collegiate Esports Conference. One of their conference rivals, Miami University, was just ranked as the top esports program in the nation.

Below the banners, rows of PCs line the inside of the arena where varsity gamers hone their craft and students hang out and play casually with friends.

Just a few years ago, there were only a few collegiate esports programs in the United States. Now there are nearly 200.

Northern Illinois University jumped into esports in 2018 and officially launched its first varsity squads a year later. This week, the university announced it will be awarding its first-ever esports scholarships for the upcoming school year.

Conner Vagle is the director of esports at NIU.

The scholarship is part of a collaboration with Dr. Levi Harrison, known as the esports and gaming doctor. Harrison was introduced to NIU’s program when he was a guest speaker at the university’s esports career lecture series, where they bring in esports and gaming professionals to talk about how they got into the industry. S

Northern Illinois esports supporters are also crowdfunding donations to give $500 scholarships to each varsity gamer.

The scholarships are a big deal for students both looking for financial aid and further legitimacy for the university’s esports program. Jackson Rich is a member of NIU’s varsity Overwatch team. He told his head coach Alex Kramer about how important esports scholarships are in a Youtube conversation this spring.

“We all know college is pricey, so scholarships would help alleviate that,” said the NIU Overwatch player. “But also it would put the esports program in the same echelon of athletics. To have that varsity title and really put it on a pedestal.”