English Teaching Assistant programs place Fulbrighters in classrooms abroad to support local English teachers. ETAs help teach English while serving as cultural ambassadors for the U.S. The age and academic level of the students the assistants teach varies by country, ranging from kindergarten to university level. 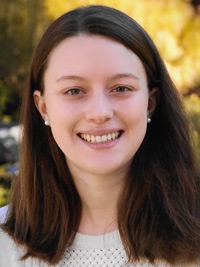 “I felt very connected to Fulbright’s mission of improving cultural relations through diplomacy and community engagement,” says Sarah Bridges ’22. A double major in Spanish and art: architecture & urbanism, Bridges also served as an English tutor at the International Language Institute of Massachusetts—a combination that perfectly positioned her for an English teaching assistantship in Spain. “The ability to connect across different languages and cultures is not only important in the professional world, but is invaluable in our roles as global citizens,” she says. This summer, Bridges will participate in the Alice Williams Carson ’34 Endowed Summer Internship at the Toledo Museum of Art in Ohio.

Planning to pursue a master’s degree in architecture, Bridges is eager to acquire skills she can apply to her career. “Working as an ETA will help me expand upon my creativity, flexibility and effective communication,” she says. 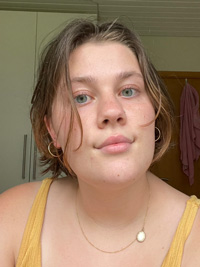 With interests in the environment and languages, Taylor Ditmar ’22 majored in both environmental science & policy and Spanish at Smith. Finding a way to combine the two fields post-graduation, Ditmar will embark on an English teaching assistantship in Brazil beginning in March 2023. “I’ve realized that I’m more passionate about teaching than I previously thought,” she says, crediting her professors. “I have learned so much from my amazing teachers at Smith.” To prepare for her Fulbright, Ditmar plans to work as a substitute teacher this fall.

After her year in Brazil, Ditmar hopes to complete a master’s degree in environmental conservation. “While in Brazil, I plan to do some local environmental work in either research or education,” she explains. “After grad school, I hope to continue collaborating with different scientific contacts I make in Brazil.” 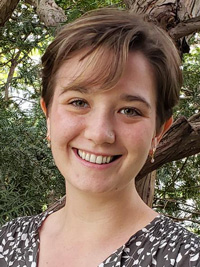 Emily Paule ’22 is eager to get to Taiwan. A government major with a minor in East Asian languages and cultures, Paule was slated to study Chinese in an intensive summer language program at Tamkang University last year, but the program was shifted online due to the pandemic. Thanks to her Fulbright, Paule will arrive in Taiwan this fall, embarking on an English teaching assistantship. Driven by a love for education that she first discovered as a camp counselor, Paule looks forward to establishing cross-cultural connections, as well as supporting English language skills. “I think there is so much joy in learning to communicate with others,” she says. “I want to facilitate this with kids.”

Looking to attend law school when she’s back in the U.S. with an eye toward political and civil rights, Paule is excited to hone certain skills as an ETA. “There’s overlap in the mission of Fulbright to expand relationships between people of different cultures and my own personal commitment to civic education,” she says. “In Taiwan, I will discover how to facilitate communication, generate excitement and create a community of language learning.” 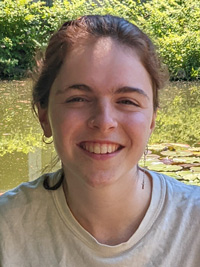 With earlier plans to study abroad in South Korea thwarted by the pandemic, Erin Walsh ’22J looks forward to finally living and working there. In January 2023, the American studies major—who, after studying Korean for four years at Smith, is fluent to a near-native degree—will begin an English teaching assistantship, applying skills she’s honed as a Korean tutor at Smith. Planning a career as a museum educator, Walsh is excited to connect her experiences in South Korea to her future profession.

“In teaching abroad, I hope to learn how to be a more equitable, globally minded educator,” she says. “I really want to foreground education with an international focus. ​​I believe that cultural heritage institutions have the power and responsibility to connect and serve the diverse communities they represent.”

Applicants for study and research awards design their own projects and will typically work with advisers at foreign universities or other institutes of higher education. The study/research awards are available in approximately 140 countries. 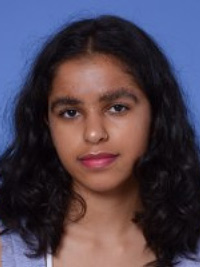 Mathematics and government double major Laila Durrani ’22 looks forward to effecting positive change in the world. Beginning in September, she will undertake a research project in New Delhi, India, examining the impacts the COVID-19 pandemic has had on gender disparities regarding access to education. Durrani completed internships in India between 2017 and 2019, and the country has left a lasting impression on her. “I wanted to engage with a place that has really shaped me in a different way,” Durrani says. “I want to contribute something of my own to my second home.”

After her Fulbright, Durrani hopes to attend graduate school for public policy and governance. “I want to continue offering support for India’s nonprofit sector in some capacity,” she says. “I truly believe that NGOs have the power to radically transform vulnerable communities, in India and in the world at large.”