The New York Education Department proposed regulations on private and religious schools are irking some in the faith community, such as Catholics, Muslims and Jews, due to fears of possible overreach, Fox News Digital has learned.

“It wants to force religious schools to come into substantial equivalence with the [public] schools,” Ismail Royer, the director of the Islam and Religious Freedom Action Team at the Religious Freedom Institute, told Fox News Digital. “And the problem is New York public schools are not doing very well. The religious schools are doing a far better job. And certainly, that’s the case with Yeshivas and Catholic schools, and it’s definitely the case with Islamic schools.”

New York’s regulations would strengthen those that already exist in order “to ensure that all students receive the education to which they are entitled,” the Education Department said in June. These are known as “substantially equivalent instruction” regulations. However, critics see the regulations as a “slippery slope” and an uncomfortable intrusion into their values. The department plans to make a final decision in September.

“On the face of it, it looks pretty reasonable. Why wouldn’t we want to make sure that religious schools are… making sure that children get the education that’s going to help them survive in the world. But… this implies that there’s some sort of a gap that’s going on right now… requires government intervention. The government doesn’t need to intervene in every aspect of private life,” Royer continued. “New York needs to focus on its own approach to its own public school system other than, you know, you can start the manner with which religious schools which are doing a fine job of educating children.”

Michael Deegan, the superintendent of Catholic schools in the Archdiocese of New York – which represents more than 67,000 students in New York State – told Fox News Digital that the archdiocese never had a problem with “equivalency,” which has been on the books for decades, until now. He added that his community values academics and that his motto is, “Our job is to get our children not into Harvard, but into heaven, by way of Harvard.”

Catholic parents have been contacting Deegan expressing concern over the regulations. They fear that an “agenda” could come into their schools down the line.

“Parents express[ed] concern over what could become, not today, [a]… governmental overreach, an intrusion into Catholic schools that goes beyond simply saying, ‘Well, your schools are or are not substantially equivalent.’ But rather are going in and saying that we are now going to tell you what you need to do to make your schools substantially equivalent in terms of curriculum, books, materials and resources. And that’s not what we want.”

For example, some regulations propose that the “local school authority” in a public school district would review private schools in 2024-2025, and every seven years thereafter. If it is determined by the superintendent after review that the private school does not meet the “substantial equivalence of instruction,” it would be reported to the Department of Education.

“If the [the board of education] renders a negative substantial equivalence determination the nonpublic school will no longer be deemed a school that provides compulsory education fulfilling the requirements of Article 65 of the Education Law,” the proposed regulations stated.

“The draft regulations provide a variety of ways for non-public schools to demonstrate substantial equivalence,” Department of education officials told Fox News Digital. “The compulsory attendance law protects a child’s right to be educated and Education Law §3204(2) provides that ‘Instruction given to a minor elsewhere than at a public school shall be at least substantially equivalent to the instruction given to minors of like age and attainments at the public schools of the city or district where the minor resides.’ The department is responsible for promulgating regulations for implementation of the law.”

Fox News Digital also spoke to a principal at Hebrew Academy of Long Beach, Richard Altabe, who was involved in raising awareness among the Orthodox Jewish community about the proposed regulations. Over 200,000 Jewish parents and alumni of Yeshivas (Jewish K-12 schools) submitted letters opposing the regulations until the end of May – when the comment period of the determination process ended. 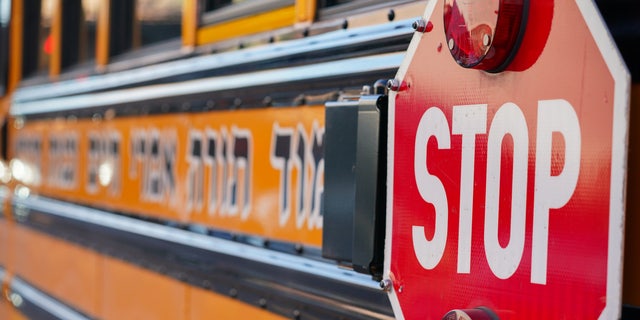 A Yeshiva school bus is seen parked outside a school in Borough Park, a neighborhood in Brooklyn, New York.
(John Nacion/SOPA Images/LightRocket via Getty Images)

“The regulation doesn’t impose critical race theory on me, yet. The regulation opens the door for the legislature to create a law that forces me to teach critical race theory. Then I would have to accept and have no place to go otherwise. So that’s the problem. It’s just a slippery slope. It opens the door to something that we’re not on board for, and therefore we have to fight for our right to teach our kids what we think is proper,” Altabe said.