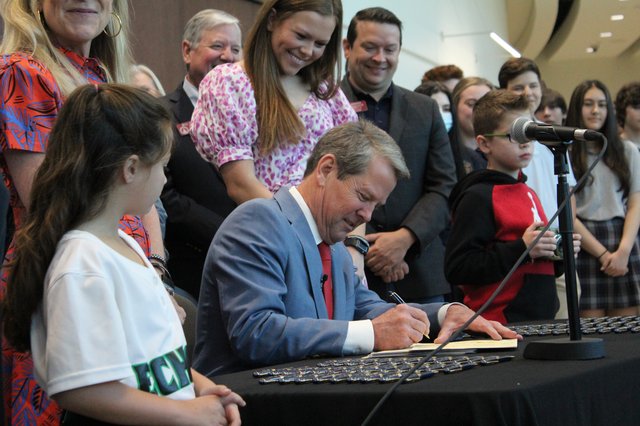 Morgan said that she expected complaints stemming from language arts and literature classes along with social studies classes.

A kindergarten teacher for most of her career, Morgan said elementary grades would not be immune to complaints.

She said she expects administrators to sometimes find themselves in “a very tough position” under the new law.

She also expressed concern that a more cautious approach brought about by the law will introduce a “chilling effect” on how teachers and students discuss current events and other social issues.

“The laws are a clear attempt to divide parents and educators and make that relationship adversarial rather than the partnership it must be to guarantee the success of all students,” Morgan said.

But proponents see the laws as steps forward.

“Huge gains were made for parents and students during the 2022 legislative session, and there is significant momentum to remove radical politics and indoctrination from our classrooms,” said Cole Muzio, president of Frontline Policy Action Council. “While work remains, conservative leadership has greatly improved the school environment our students head into in the coming weeks.”

Eddie Bennett, executive director of the Georgia Council for the Social Studies, said he does not believe members of his organization are changing their start-of-school plans in response to the laws.

But Bennett is concerned about how teachers will fare with the laws as the year moves forward.

He said he is doubling down on his standard advice to his social-studies-teacher members: “Whatever you teach, make sure it is in the standards.”

The Georgia Youth Justice Coalition will focus its efforts on making sure students, teachers, and parents know their rights under the law, said Alex Ames, organizing director for the organization of high school and college students.

The group wants to make sure educators are not retaliated against, she said.

The new law also reaches beyond the school day to high school athletics. It revamped the governance structure of the Georgia High School Association (GHSA) and provided it with the opportunity to ban transgender high school sports.

In May, the GHSA voted to do just that.

Now, Georgia students must participate in high school sports based on their gender at birth. This will prevent transgender students who are born male but identify as female from participating in girls’ sports.

The GHSA has had no issues with the new policy so far, said Robin Hines, the organization’s executive director.

But transgender youth advocates say it has further stigmatized the community.

The Parent’s Bill of Rights, or House Bill 1178, gives parents the right to review the curriculum and other instructional material for their children’s classes during the first two weeks of every nine-week grading period.

Parents who disagree with a local school’s decision on a complaint can appeal to the school district and, beyond that, to the state Board of Education.

Senate Bill 226 requires a school principal, or designee, to deal with complaints about potentially harmful materials or books at a school within seven days.

School districts had their own policies – usually involving committees – for dealing with such concerns before the law, said Nan Brown, advocacy coordinator for the Georgia Media Library Association.

The new law is unreasonable because it gives review power to just one person – the principal – and gives just seven days to investigate, Brown said.

School librarians or administrators might choose not to order certain materials because of concerns about complaints from a vocal minority, she said.

“The big concern is self-censorship,” she said. “Some students won’t have what they need to cater to the fears of others. There are kids who want and need these books.”

Under the law, the state Department of Education board will have to adopt a model complaint policy by Sept. 1. Local school boards must adopt their own policies by Jan. 1.

Maine Voices: Investment in teachers is central to the health of public education