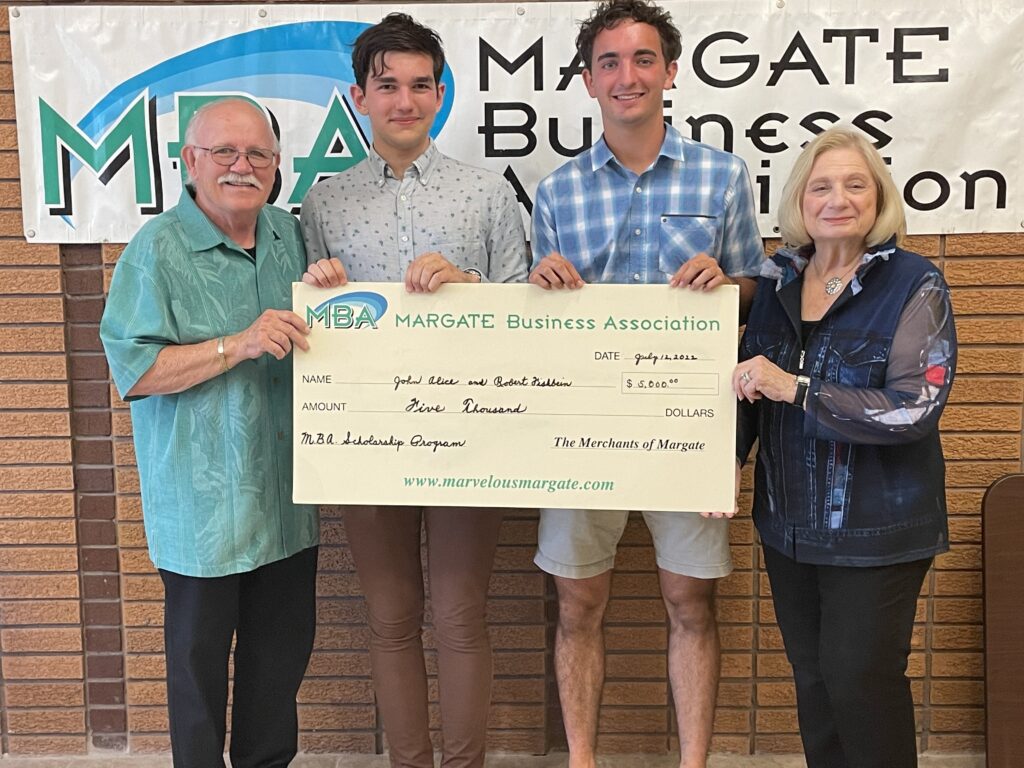 Two finalists in the annual competition, Robert Fishbein of Atlantic City High School and John Alice of Mainland Regional High School were each awarded $2,500 for their overall achievements, outstanding recommendations and exceptional essays. Both recipients are Margate residents who attended the Margate City public schools.

According to one of Robert Fishbein’s references, “his maturity, personality, time management skills, and academic excellence are admirable; Robert is the total package.”

In his essay, Fishbein said, “I believe two major ways to combat bullying deal with self-esteem and kindness.”

He will attend Florida State University in the fall as a finance major.

John Alice received glowing recommendations, one of which read: “John has the best combination of qualities and characteristics for which any student should strive—great character, curiosity, an open mind to better understanding, a wisdom beyond his years.”

In his essay, Alice said, “Helping a student understand that self-worth is not tied to what a bully says can increase self-confidence and take power away from a bully. Education, not punishment, is the way to end bullying in schools.”

Alice will attend Johns Hopkins University as a neuro-science major.