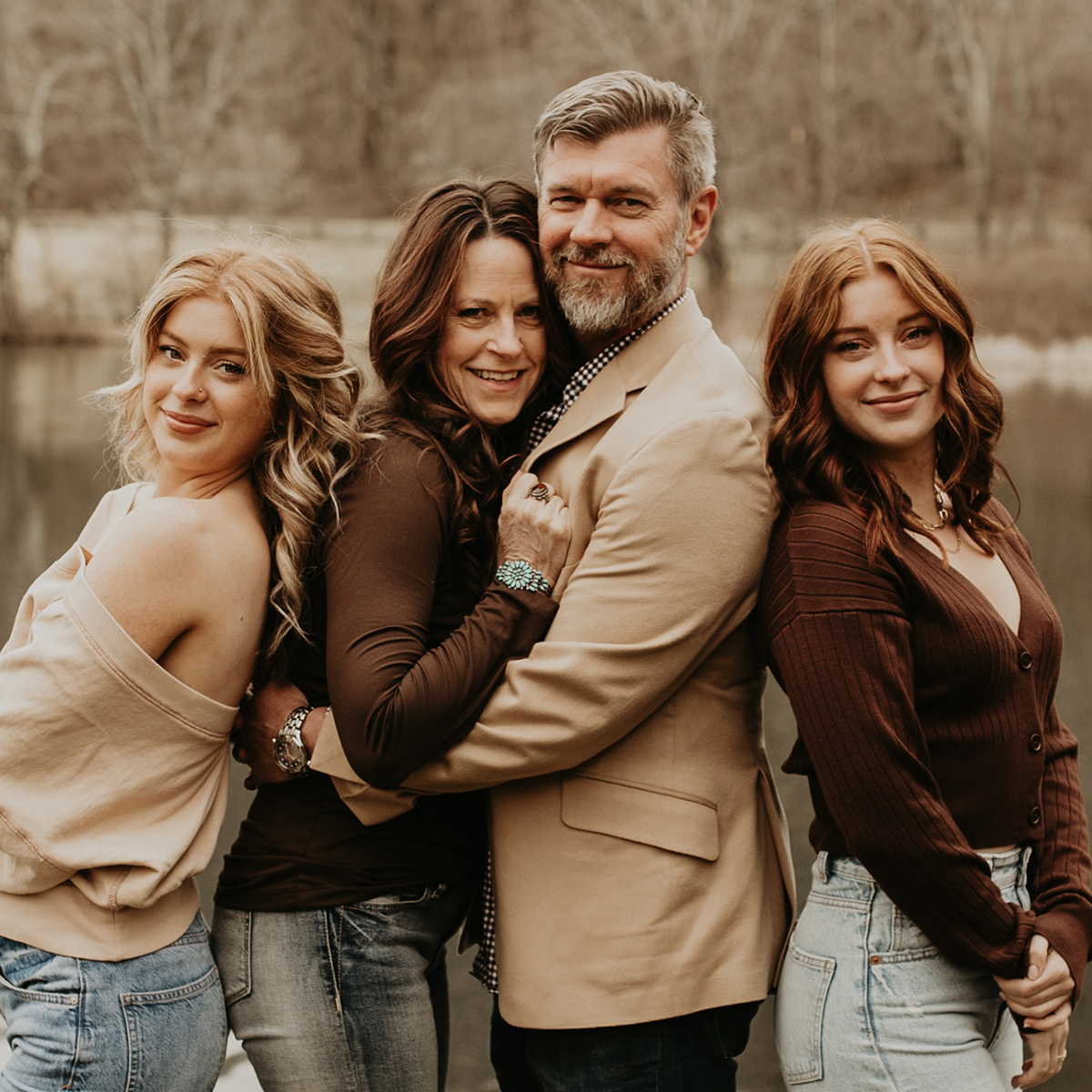 Pictured from left to right are Macy, Shannon, Michael and Madison McFerren of Bel Air, Maryland. The McFerrens recently established the McFerren Family Endowment at HPU.

“I am honored that many in our HPU community, like the McFerrens, believe in our mission, vision and desire to help our students in their pursuit of education,” says HPU President Dr. Nido Qubein. “Named endowments and scholarships allow us the resources to provide financial assistance to students in perpetuity, while also ensuring they are able to remain focused and fully engaged in the classroom.”

Shannon and Michael have twin daughters, Macy and Madison, who are both HPU students. Macy is a rising senior studio art major student with a minor in entrepreneurship. Focusing on ceramics, Macy hopes to open a pottery studio after she graduates. One of her favorite aspects of HPU’s curriculum is the emphasis put on experiential, hands-on learning. Madison is a rising senior marketing major with a minor in fashion merchandising. For Madison, attending HPU was a childhood goal. At just 8 years old, she heard about a speech Dr. Qubein gave at a Chick-fil-A conference their parents attended. From then on, HPU was her dream university. Now as a student, she takes full advantage of the various programs and activities offered to build her resume of skills and abilities.

“At HPU, there is excellence in everything you see,” says Michael McFerren. “The university’s commitment to experiential learning and reputation as the premier life skills university exudes this excellence. As an HPU family, we see this through the implementation and continuation of the Access to Innovators program. With the support of endowed funds, like ours, we hope to see the program grow and blossom over the years as more students benefit from such an extraordinary initiative.”

Michael is the owner and operator of 3 Strands, LLC, the restaurant operating corporation he founded to oversee the operation of his three Chick-fil-A franchises. In 1987, Michael graduated from Allegheny College with a Bachelor of Science in physics. After college, he joined the United States Navy and graduated from the Naval Post Graduate School in 1995 with a master’s in operations analysis. Michael was a pilot for 12 years, and in 2000, joined the Military Recruiting Institute as a recruiter. In 2004, he and his family became owners of their first Chick-fil-A franchise. The McFerrens own restaurants in Abingdon, Maryland, and Aberdeen, Maryland, and have a location on the campus of the University of Delaware in Newark, Delaware. Shannon graduated from the Southeast Center for Photographic Studies in 1991 with an Associate of Science in photography. In 2001, she pursued her life’s passion by opening her own photography company, Shannon McFerren Photography. In addition to running her business, Shannon works as the accounts payable manager for 3 Strands, LLC.

What Students Should Know About the GPA Scale