IOWA CITY — A year after University of Iowa Athletics reported a $42.9 million deficit and Iowa State University Athletics reported spending $17 million more than it made – both due to pandemic-related losses – the Hawkeyes and Cyclones are each predicting the 2023 budget year will be their most lucrative to date.

Fiscal 2023 budget documents the Board of Regents will discuss Wednesday show UI Athletics expects to generate nearly $129 million in revenue – up nearly $12 million, or 10%, over the budget year that just ended in June. That’s also more than double the $60.7 million in revenue generated in fiscal 2021 – when the program saw no football, basketball, wrestling or volleyball ticket revenue due to pandemic restrictions.

The University of Northern Iowa Athletics is looking at a modest year-over-year increase of $179,565 to $14.7 million – although that’s not a record, as the Panthers reported $15.6 million in revenue in the 2021 budget year.

Direct sports revenues at the university are expected to decline $39,123 to $2.2 million, with only men’s sports other than football and basketball bringing in more. Among other income, budgeted alumni/foundation support is anticipated to be $519,000 lower at $1.7 million.

Offsetting that, though, are new suite offerings in the UNI-Dome and anticipated new sponsorship categories. Those are expected to increase athletic marketing revenues $670,500 to $2.1 million. Additional revenue from an anticipated partnership related to athletic training will result in a budget increase of more than $200,000 in general revenues, as well.

Team and administrative operating budgets were held flat, although salary increases were given consistent with other non-faculty positions across campus. The Athletic Department reported that it did expect to $4.74 million this year for UNI services like tuition and room/board from scholarship payments, business services, public safety, marketing and utilities.

The athletics budgets at UI and ISU – along with the campus’ housing and dining operations – are separate from their general education budgets, which are primarily supported by tuition and state appropriations.

Thus, regents on Wednesday will consider approving a 4.25% tuition increase for all resident and non-resident undergraduate and graduate students at ISU and the University of Northern Iowa. The UI will impose the 4.25% hike for all resident students, but keep increases for nonresidents to 1.2% at the undergraduate level and 1.5% at the graduate level.

The relationship between those two main funding sources has created a seesaw effect. State appropriations accounted for 76% of the regents’ university general education funding in 1981, when tuition revenue accounted for about 21% of the total. Today, the opposite is true, with tuition accounting for 64% of general education funds and appropriations accounting for 31%.

The total budget for the regent enterprise this year – including general education dollars, UI Health Care operations and restricted budgets belonging to entities like athletics and housing – is expected to top $6.9 billion. That’s up from $6.4 billion last year and $6.3 billion in the 2021 budget year.

The UI’s 2023 general fund operating budget – including its health care operation and special purpose units, like the State Hygienic Lab, is nearly $3 billion. ISU’s is $748 million and UNI’s is $177.1 million.

ISU Athletics, like the UI, is expecting stronger revenue than ever before – although the UI is eyeing an increase in football revenue due to an advantageous home schedule, while ISU is predicting a slight drop in football income because its home schedule doesn’t include in-state opponents at Jack Trice Stadium.

Both campuses expect stronger philanthropic support this year – with ISU’s foundation contributions climbing from $22.8 to $30.1 million and UI’s swelling from $12 to $16.7 million.

UI and ISU Athletics expect to end fiscal 2023 with balanced budgets – meaning they plan to spend more this year, too.

The UI notes increases tied to salary bumps, additional travel, student-athlete mental health services and the development of a new women’s wrestling team, which cost $762,000, according to regent documents. 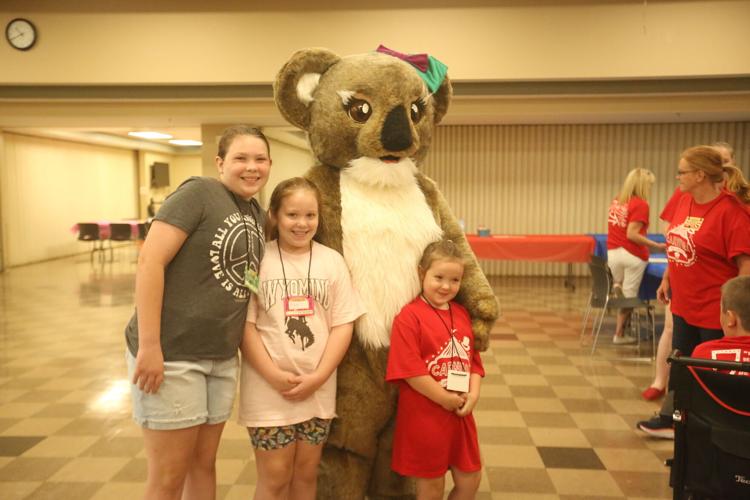 Quincy Koala poses for a photo with children Wednesday at the Cedar Valley Hospice grief camp. 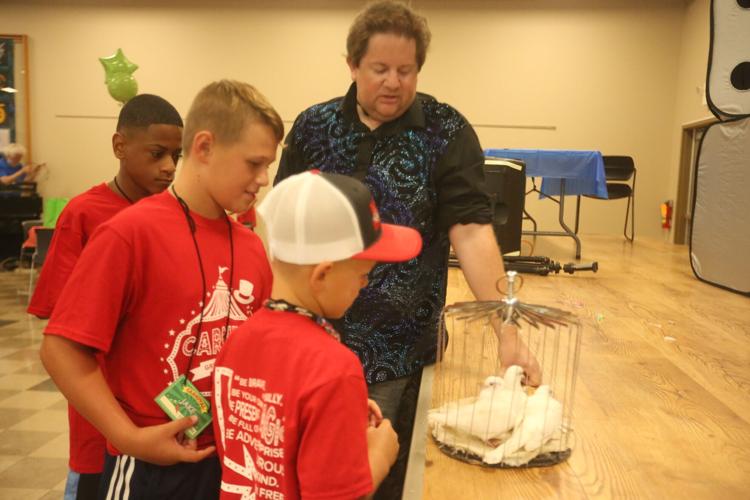 Children at the Cedar Valley Hospice grief camp Wednesday pet the doves that are a part of Eric Michaels’ act.