Florida State College at Jacksonville is one of three institutions that will split $6.5 million in state funding to develop a curriculum to prepare people for public service and citizenship.

In an appearance at FSCJ, Gov. Ron Desantis announced Monday that Polk State College and Broward College will join FSCJ is creating the Career Pathways for Public Service Initiative.

The curriculum, DeSantis said, will provide knowledge-based civics to help high school and undergraduate students learn about their local and state governments.

The program will launch in August 2023.

“This is something that’s significant, because when you leave our school system, you’re a citizen,” DeSantis said. “Most of them are either adults, or will return adult, very quickly. And you’re going to be called upon to exercise the duties of being a citizen. And that’s something that’s very important.”

The governor touted the importance of students understanding the foundations of American history including the Constitution, Bill of Rights and “important episodes throughout American history.”

“Seeing issues from another perspective forces students to be able to have strong arguments, be able to understand the facts that maybe benefit your argument that are on the other side,” DeSantis said. 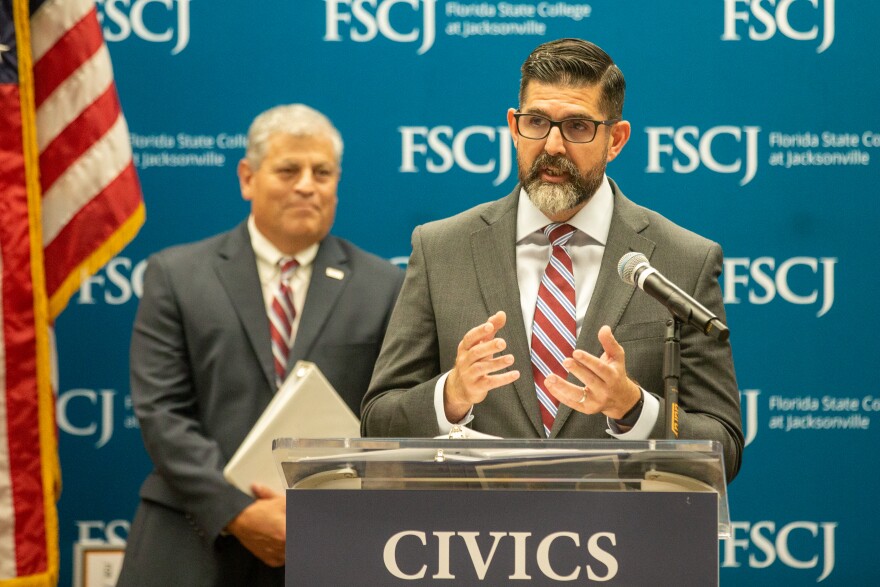 Asked what values would underpin the new program, Florida Education Secretary Manny Diaz Jr. said the initiative would address the structure of local and state government in Florida.

“You’re getting students to understand from high school going into higher ed, understanding how our government is structured,” Diaz told WJCT News. “Many times, unfortunately, you see these programs and kids are asked. They don’t understand the difference between state government, federal government (and) local government.