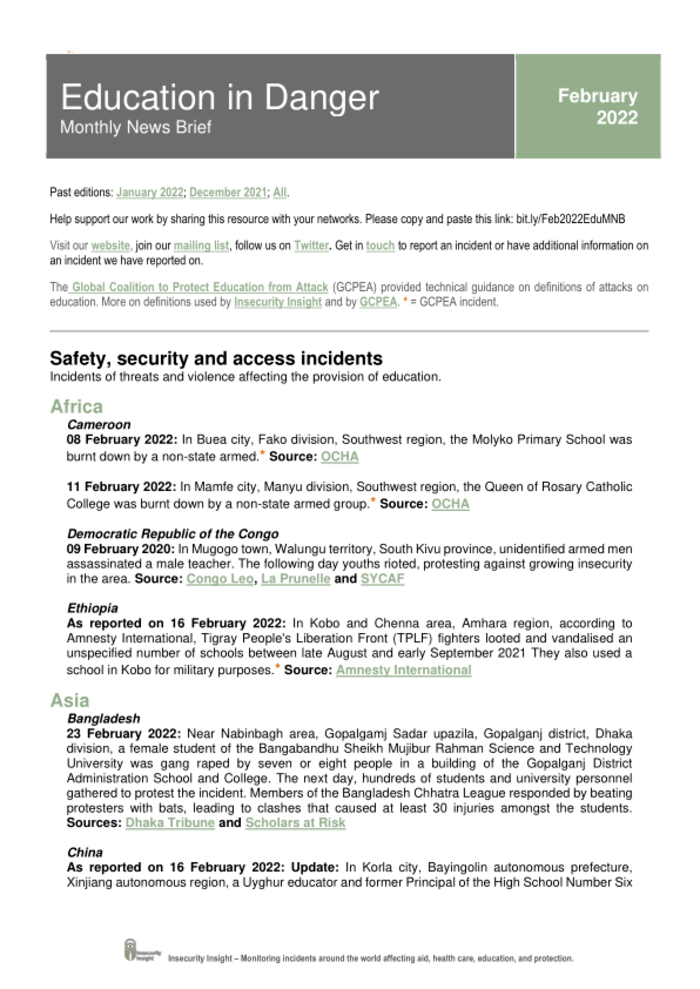 Safety, security and access incidents Incidents of threats and violence affecting the provision of education.

Democratic Republic of the Congo

As reported on 16 February 2022: In Kobo and Chenna area, Amhara region, according to Amnesty International, Tigray People’s Liberation Front (TPLF) fighters looted and vandalised an unspecified number of schools between late August and early September 2021 They also used a school in Kobo for military purposes.* Source: Amnesty International

23 February 2022: Near Nabinbagh area, Gopalgamj Sadar upazila, Gopalganj district, Dhaka division, a female student of the Bangabandhu Sheikh Mujibur Rahman Science and Technology University was gang raped by seven or eight people in a building of the Gopalganj District Administration School and College. The next day, hundreds of students and university personnel gathered to protest the incident. Members of the Bangladesh Chhatra League responded by beating protesters with bats, leading to clashes that caused at least 30 injuries amongst the students.
Sources: Dhaka Tribune and Scholars at Risk