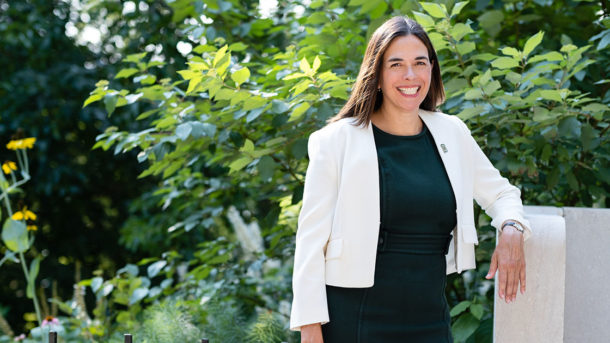 Sian Leah Beilock, president of Barnard College, the women’s liberal arts undergraduate college of Columbia University, will become president of Dartmouth on July 1, 2023, upon Hanlon’s retirement, the college said in a news release on Thursday morning.

“Sian is a leader with the aspirational vision to build our research enterprise, further our tradition of excellence in undergraduate education, and expand our global impact; she embraces the teacher-scholar model and brings experience from a world-class (research) institution as well as a distinctive liberal arts college,” Elizabeth Cahill Lempres, chair of Dartmouth’s board of trustees, said in the news release.

Beilock, 46, a cognitive scientist by training and expert on the brain science behind “choking under pressure” and how brain and body factors influence types of performance from test taking to public speaking and athletics, was named president of Barnard in 2017. Previously, she spent more than 12 years at the University of Chicago as an administrator and professor of psychology.

At Barnard, Beilock enhanced STEM research and teaching programs to match the college’s traditional focus in the arts and humanities, Dartmouth said. She also put into effect a health and wellness initiative and increased diversity among students, faculty and staff — nearly half of Barnard students now identify as women of color, according to Dartmouth.