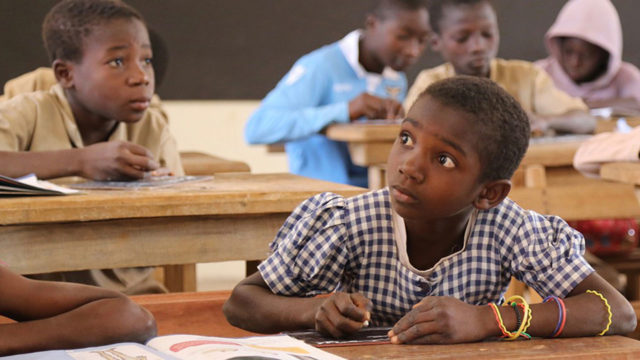 Sir: With the recent  passage for second  reading of the Bill for an Act to establish the National Commission on Child Destitution in Nigeria,  it is now evident that  the nation’s  handlers have finally come to the sudden realisation that history has over these years thrust upon our generation an indescribably important destiny – to complete the process of learning and modernisations  which our nation has too long developed too slowly, but which is our most powerful for world respect and emulation

The development is a right step taken in the right direction. First, separate from the painful realisation that 17 states in the country with the highest number of out of school children, 14 of the states are in the North, and  if the rate of out of school children is not curtailed,  would further worsen the insecurity that is currently bedeviling parts of the country, there is an accompanying belief that  the latest bill when passed, will strengthen the already existing Universal Basic Education Act 2003,which among other purposes is aimed at  enforcing quality, compulsory, mandatory and free education up to secondary school three or equivalent and other purposes.

Second is that successive administrations in the country have done very little in arresting the situation. A report in 2013 described as mind-numbing the awareness that about 10.5 million Nigerian children of school age are not enrolled in schools. Out of this number, the report explained that, about nine million are children of beggars, fishermen and other less privileged people in the society.

Survey further showed that the population of out-of-school children in Nigeria had risen from 10.5 million to 13.2 million, the highest in the world, noting that; there is still a huge number of those who are in school, but are learning nothing, as schooling does not always lead to learning. In Nigeria, there are more non-learners in school than out of school. It concluded.

Despite the proposed law, it is still not an easy road for the Nigerian education sector but a tough and tumble ride. Governments at all levels must unlearn this attitude of  progressive non recognition of the right to education as a human right despite their membership of a number of international conventions, including the International Covenant on Economic, Social and Cultural Rights where the right is respected.
• Utomi Jerome-Mario is the programme coordinator (Media and Public Policy), Social and Economic Justice Advocacy (SEJA).