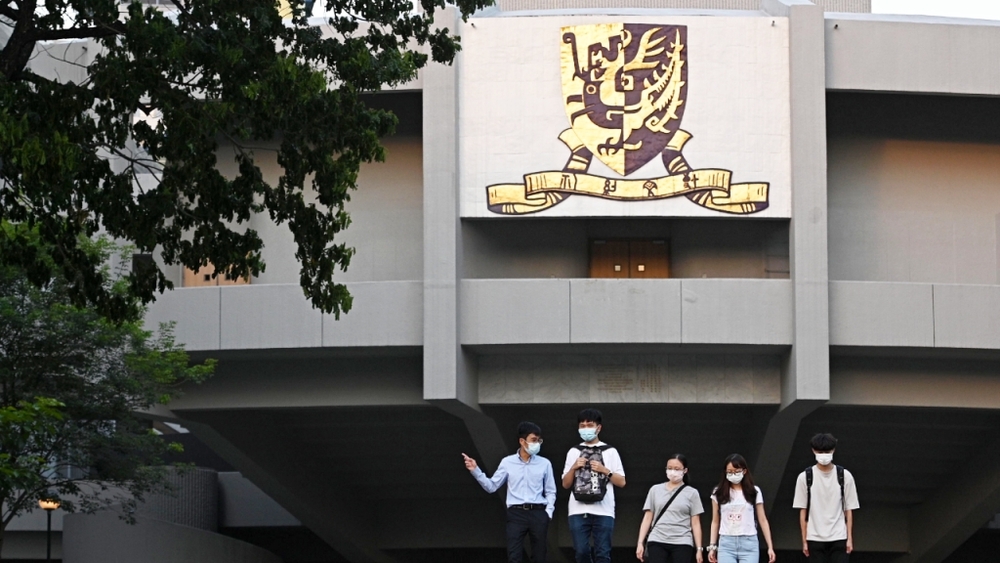 The Chinese University of Hong Kong has bumped up scholarships for very bright students with 5** distinction levels in at least seven subjects in the Hong Kong Diploma of Secondary Education to HK$560,000 including full tuition.

With results to be released Wednesday next week, the university is also dangling a HK$5,000 cash reward to new students with one 5**.

The university, which enrolls 3,000 students each year, expects that up to 740 to be admitted in the academic year from September will be entitled to scholarships compared to 310 previously.

And a counseling group sees the scheme encouraging local students to stay in the SAR rather than studying abroad.

CUHK has set aside HK$19 million for the scholarship this year, 40 percent more than in 2021.

Newly admitted students with at least one 5** – the highest grade – in their HKDSE results will be eligible for the seven-tier scholarship, according to the number of 5** distinctions they obtain.

Apart from a one-off cash reward, those who gain 5** grades in at least three subjects will be entitled to an extra grant for overseas activities or exchange programs. They will also be awarded “Honours at Entrance,” which will be recorded in official transcripts.

Instead of a one-off reward, students who have five or more 5** grades qualify for an annual allowance of HK$30,000, while for six it is HK$70,000 in addition to full tuition exemption.

And the highest tier – for students with 5** grades in seven or more subjects – means free tuition with an annual HK$37,900 allowance plus a HK$80,000 grant for more than one overseas or exchange activity.

The previous scheme granted freshmen with six or more 5** grades at most HK$62,100 per year and HK$30,000 for overseas exchanges.

So now a student with seven 5** grades who is in the six-year medical program will enjoy a scholarship of up to HK$560,000.

He said the university aims to support students’ families amid global inflationary pressures with the enhanced scheme.

On whether the scholarship is aimed at competing for top students, Wong said the university has always received enthusiastic applications, with 3,000 enrolling through the Joint University Programs Admissions System last year.

Wong also said according to data from the Hong Kong Examinations and Assessment Authority there were around eight percent more candidates seeking CUHK programs compared to last year. Also, most CUHK programs saw an increase in admission numbers.