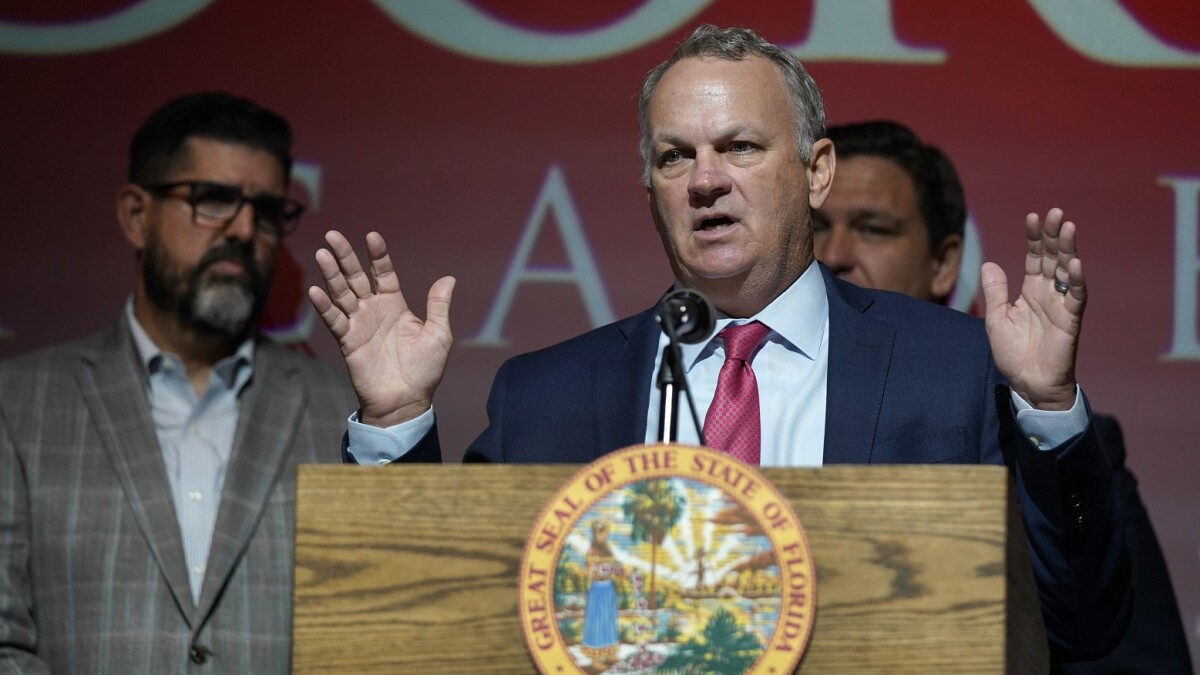 A federal judge has shielded former Florida Education Commissioner Richard Corcoran from testifying in a challenge to a 2021 law that requires surveys of “intellectual freedom and viewpoint diversity” on college and university campuses.

Chief U.S. District Judge Mark Walker issued a five-page order Thursday granting a request for a protective order to prevent a deposition of Corcoran in the lawsuit filed by the United Faculty of Florida union and other plaintiffs.

Walker agreed with attorneys for the state university system’s Board of Governors and the State Board of Education that Corcoran was covered by what is known as the “apex doctrine,” which helps protect high-ranking officials from facing depositions in lawsuits if information can be gleaned from other sources.

As education commissioner, Corcoran was a member of the university system’s Board of Governors and helped oversee the state college system, which is under the State Board of Education and the Department of Education.

Corcoran, also a former state House speaker, stepped down April 30 as education commissioner but was subsequently appointed by Gov. Ron DeSantis to the Board of Governors.

“Because plaintiffs have not demonstrated that defendant Corcoran’s personal knowledge is not obtainable through other less-burdensome means of discovery, plaintiffs are barred from deposing defendant Corcoran under the apex doctrine,” Walker wrote. “Defendants, therefore, have shown good cause for the issuance of a protective order.”

In a footnote, however, Walker added, “If plaintiffs’ efforts to discover the information they seek through other means again prove unsuccessful, and it becomes clear that defendant Corcoran may be the only official with the requisite recollection of the sought-after information, plaintiffs may seek reconsideration of this order at that time.”

The United Faculty of Florida and other plaintiffs filed the lawsuit last year, arguing that the law violates First Amendment rights and could lead to the Republican-dominated Legislature punishing campuses because of political ideologies reflected in the surveys. The lawsuit names as defendants members of the Board of Governors and Board of Education and the education commissioner.

In part, the law required the Board of Governors and the State Board of Education to each have a survey that would be used by universities and colleges and that “considers the extent to which competing ideas and perspectives are presented and members of the university (or college) community, including students, faculty, and staff, feel free to express their beliefs and viewpoints on campus and in the classroom.”